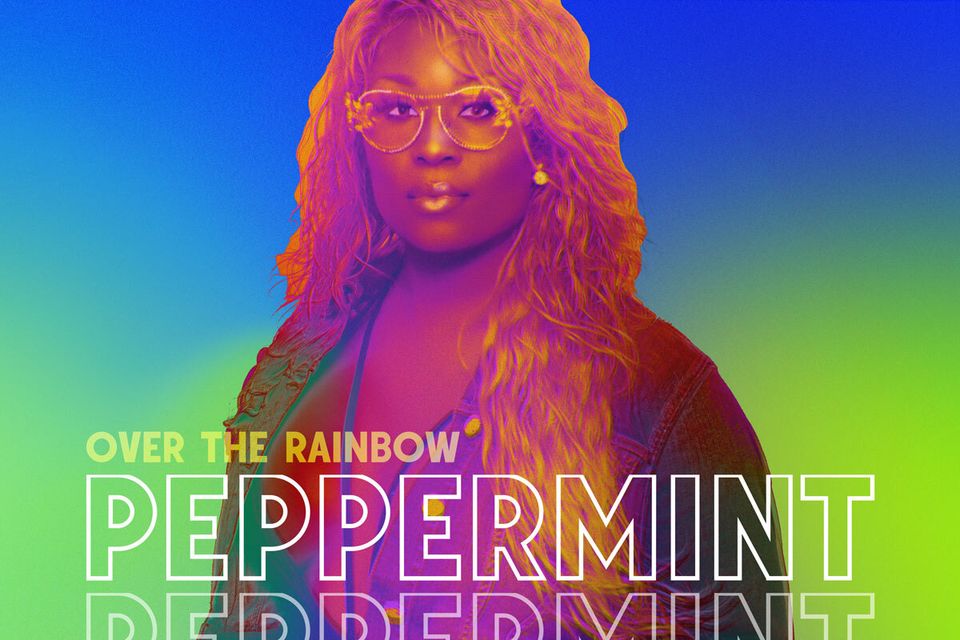 Throughout June, HuffPost UK is speaking to different LGBTQ public figures and allies about all things Pride for our new Over The Rainbow series.

And who better to kick things off than drag legend, singer and activist Peppermint.

Peppermint was an immediate fan favourite when she debuted on RuPaul’s Drag Race in 2017, and became responsible for some of the series’ most memorable moments (not least her club kids-inspired runway and iconic lip sync to Madonna’s Music).

But there’s a lot more to Peppermint than just Drag Race.

After making it to the top two, she became the first transgender woman to originate a role on Broadway in the musical Head Over Heels and co-founded the Black Queer Town Hall platform with fellow Drag Race legend Bob The Drag Queen.

This Pride month, she spoke to us about her favourite memories of New York City Pride and her queer icons, past and present…

It’s a toss-up between two. My first New York City Pride, I was in the parade with many of my other co-workers from the infamous Tunnel nightclub where I worked in New York City. Myself and the gals used our $50-a-week pay to get matching spandex from the garment district and we had our resident costume-maker Miss Feathers create matching looks for all the girls.

We were the resident drag entertainers, and so we were like, “we are royalty, honey, our club got a float”, we were so excited to go and ride on the float. And honey, when we got there, they were like, “no, the float is reserved for the go-go boys. You ladies have to walk”. And we were all in heels. The patriarchy rears its ugly head again! That was probably 1998 or 1999.

A few years later, I had been the cover girl on the local gay magazine, and so they offered for me to ride on their float – and I made sure that it was actually on the float. The theme was slumber party, so there was a bed, the go-go boys were in pyjamas, I was in my negligee. But then I get on the float, and the bed is just a wooden box with a sheet draped over it, and I’m like, “y’all, you could at least have put a duvet on here”. It was like riding on a tractor, it was so uncomfortable, but we made it look like it wasn’t.

And then it started pouring rain, and all of the makeup was washing down me, I looked over and the go-go boys’ bronzer was melting off. It was like gay Carrie. There was a sea of bronzer and makeup going down the white sheets, down the white float, it was glorious. 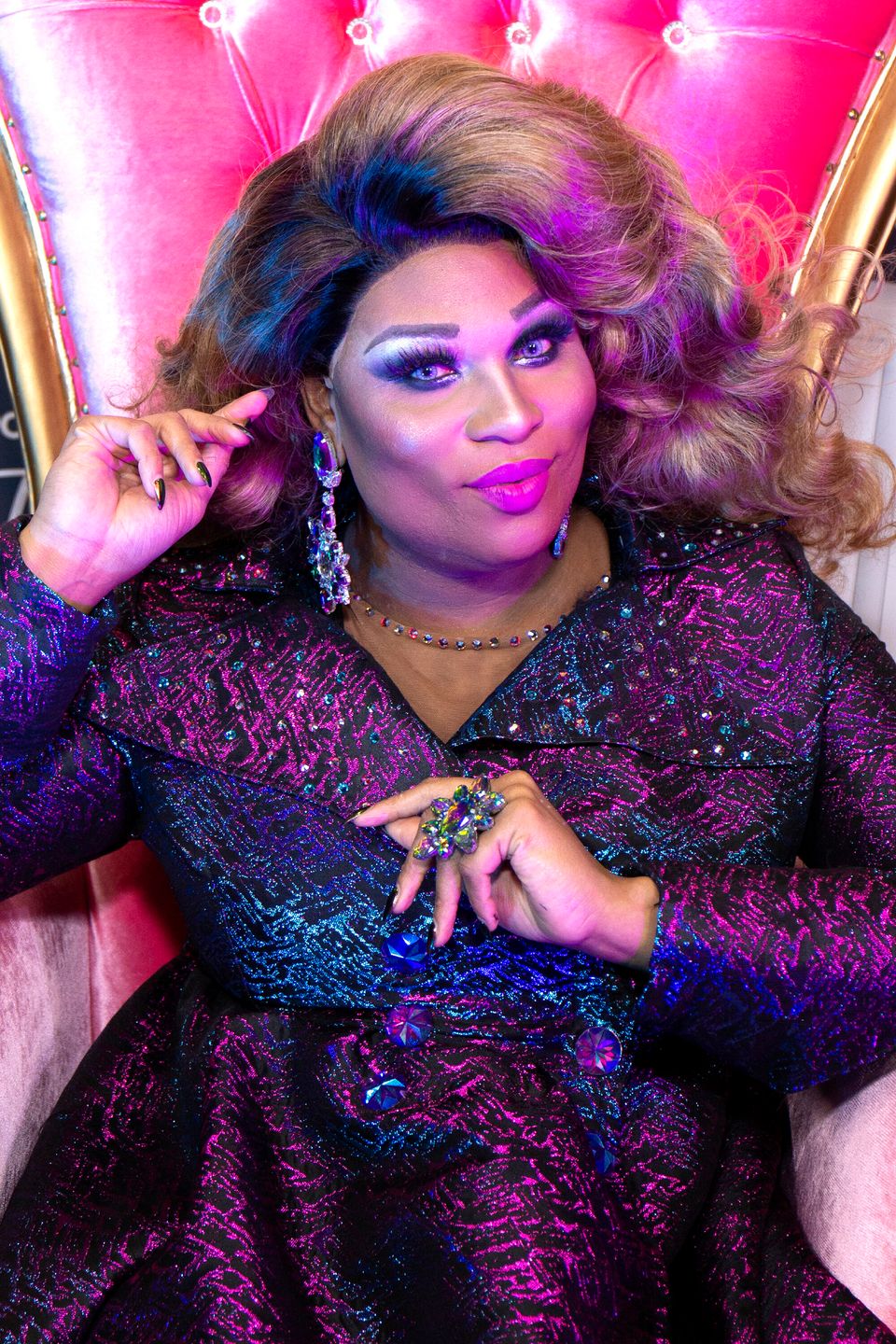 Santiago Felipe via Getty ImagesPeppermint at RuPaul’s DragCon in 2018

I personally like to celebrate the achievements of the sort of “everyday hero”. Given the recent landscape in the United States with all of the policies and proposed legislation that targets transgender people, I would like to highlight Chase Strangio, who is, I believe, one of the leading attorneys who is fighting very diligently to represent our community, fighting against discrimination and all of these discriminatory bills and policies with the ACLU in the United States.

He is a great resource for how to sort of combat these things – even internationally, because what we know is that conservatives often use the same playbook – even if it’s from another country – for discrimination. 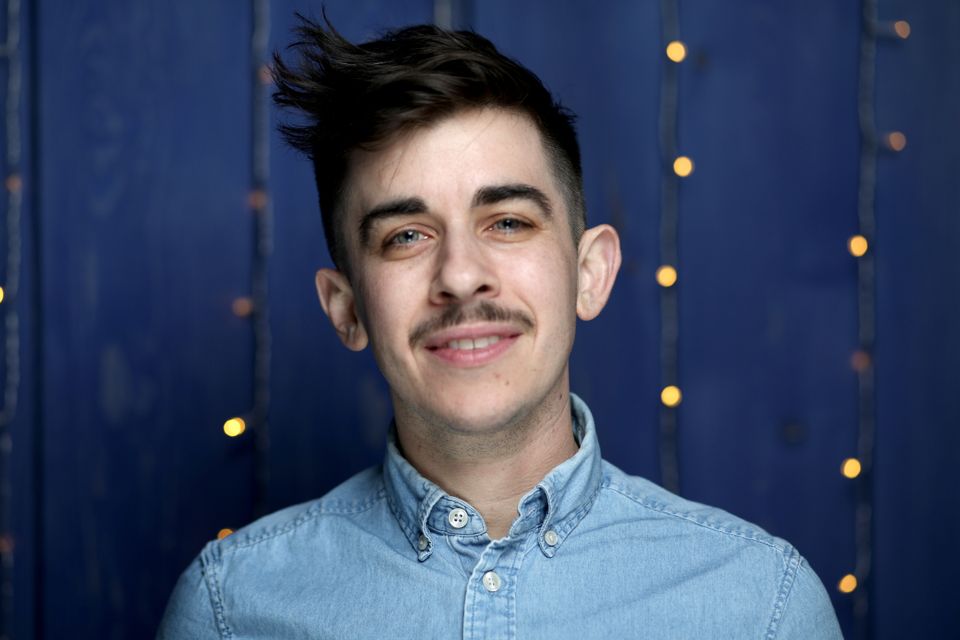 It has to be something from when I was in the nightclubs. That’s probably one of the times that I’ve felt the most liberated, and it’s no coincidence that this song was playing on the Pride float when I was riding it, it’s Free by Ultra Naté.

It’s not necessarily a “gay anthem” or an “LGBTQ anthem”, it’s not about queer issues specifically. But it’s just about being liberated, and that’s obviously an important part of the conversation.

I do want to highlight Shea Diamond, too. I wouldn’t necessarily say this is a “Pride anthem”, but I really like her song I Am Her. It resonates with me so much. She is a Black trans woman, she’s a visionary and someone that I think we should all look up and follow. She’s got some wonderful songs.

I love the movie Tangerine, that is a brilliant film. It’s one of the more essential films when it comes to sort of addressing, talking about or even dismantling the patriarchy, which is a key – in my opinion – to a lot of the suffering that we all face, both on an interpersonal level and in world wars.

And I think the movie Moonlight is beautiful. It sort of shows what happens when repressed or oppressed queer Black men, or queer men [in general], are able to shed their armour that they’ve built up over their lifetime and become vulnerable and open.

The next one will be A Girl Like Me, which is the short film that I have produced, which connects to my album, and it’s all about the life of a Black trans woman dealing with love and relationships. And that will be out later this year. But since it’s not out yet… I won’t mention it! 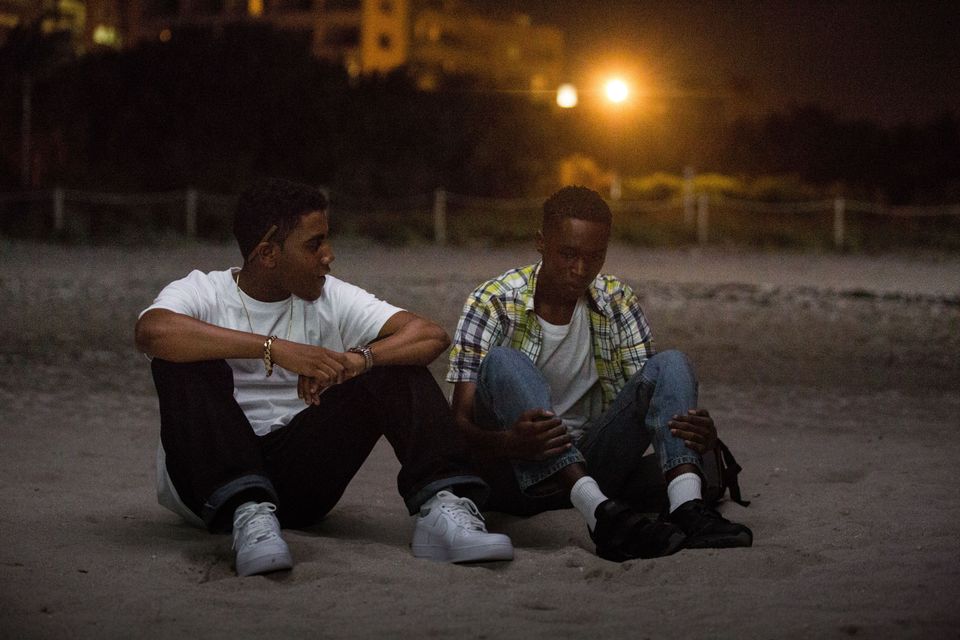 As a younger person, there was just so little to choose from, right? I remember being so excited, because I used to watch Melrose Place, and I’ll never forget, they had this episode that was like, “oh my gosh, there’s going to be a gay kiss”. And they [laughs] got everyone to tune in, and it was literally a cut of one guy walking to another, and then the other guy walking to him, and then they cut to, like, a picture on the wall. And we didn’t see them actually kiss! It was this implied kiss!

That was in 1996 – as recent as that – and they were still not willing to actually show queer relationships in a realistic and healthy way. And it was still so controversial! People were boycotting, people were picketing, they wanted the show to be cancelled… everybody was up in arms over two people walking. You know? What’s going on? But that was still a seminal moment.

And then obviously just a year later, Ellen DeGeneres came out on her show, and had her major TV moment, and that was a milestone.

I do want to say that the queerest moment [in recent times], that was so unabashedly and unapologetically Black and gaaaaay as ever, was Lil Nas X’s performance on Saturday Night Live. I can’t… going from Melrose Place to that? Going from them not even showing two gay people actually touching each other to Lil Nas X’s performance that was just a bunch of gay folks shaking their booty, and living their sexuality, the same exact way that a cis-hetereo guy would be having girls dancing around him and shaking their booties in thongs, it’s the same thing, and I love it. 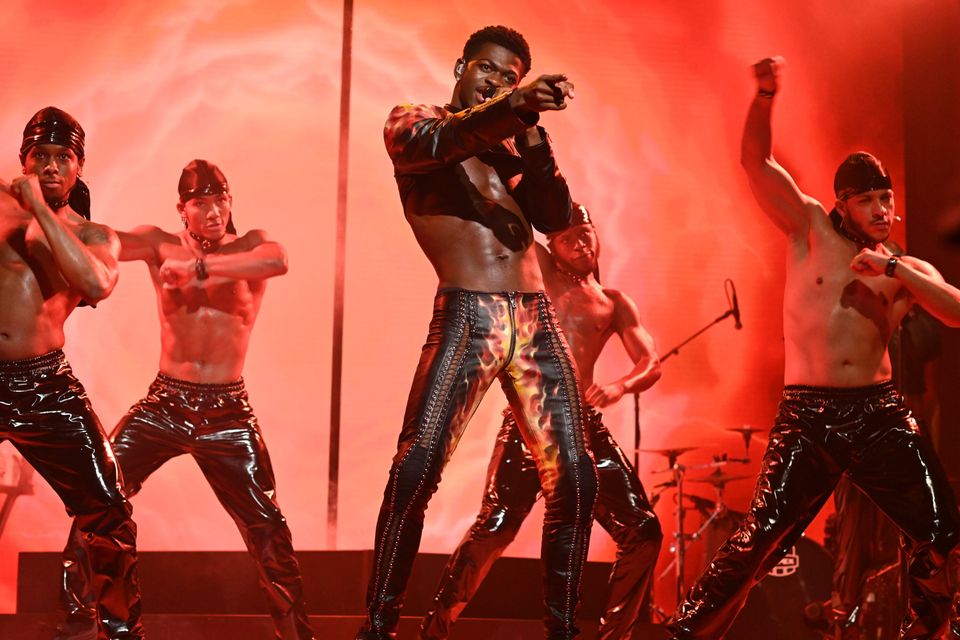 I’m really inspired by people who are continuing to live their life loud and proud and also are able to serve as examples, and really give back to the community and use their platform in a productive way. And so people like Laverne Cox, 100% are some of my icons, my heroes, people that I think are just brilliant members of our community.

In terms of a queer icon, personally, one of the queerest icons that had a large influence on me, from my childhood, was someone who did not identify as queer, but certainly was an influence in the queer world and had a certain queerness about him – and this will be controversial – is Prince. 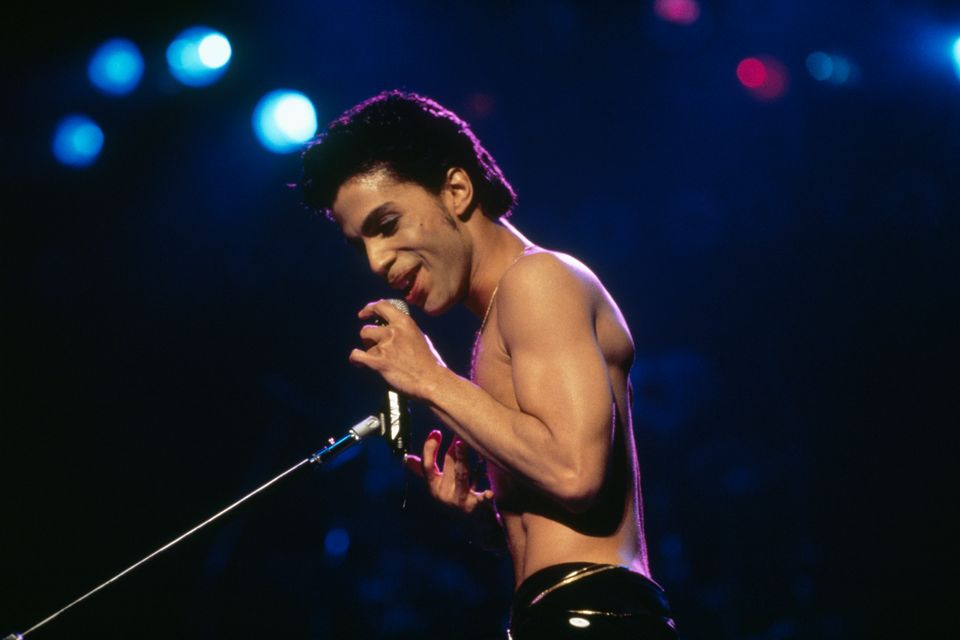 I like to throw that one in every now and then, because Prince is someone who is not self-described as LGBTQ, but certainly advocated for sexual freedom and was a Black man wearing heels and long hair and all the makeup… Granted, it was the 80s and 90s, but Prince was really one of those people who just exuded sexual freedom and sexuality and a lack of shame or stigma in his music and his videos and in his performances. Very much serving a pre-Lil Nas X performance in the 90s.

Let’s call up our loved ones, our friends, our family members, people that we work with, and in a loving way, not an aggressive way – but definitely in a firm and direct way – hold those people accountable for participating in the betterment of our lives.

[Let’s ask] them to have the uncomfortable conversations with the people around them, when a queer person or LGBTQ person isn’t even around. To have those conversations with their friends, their family, their co-workers, people in their lives, about queer people, about how much they love queer people, and how wonderful they think gay folks and trans folks are, and how they would like to see more of them being celebrated.

Invite them over for dinner – whatever! Let’s get them all talking and uplifting us, to show that the time for gay or queer Pride is not just when some gay person comes sauntering through, and when we’re not around is when a lot of times those harmful decisions and thoughts are being generated, I believe. And so, why not nip it in the bud?

Let’s get your big brother, who doesn’t even have a gay or trans friend, let’s get him understanding, let’s get him sitting down and watching some of these queer films we talked about, let’s get him reading some of the queer material that’s out there or talking about what’s going on against transgender people in their towns and neighbourhoods. Let’s get them involved.