¡¡¡¡In October 2020, Ken Kocienda, longtime Apple human interface designer and the inventor of the iPhone¡¯s virtual keyboard, launched his first standalone app. The game ¡°Up Spell¡± is highly addictive yet incredibly simple. John Gruber described it best at the time as a ¡°fast-paced solo version of Scrabble.¡± Recently, YouTuber DankPods shared a look at a variety of old iPod Touch prototypes from the late 2000s and early 2010s. In the video, DankPods looks at a bunch of internal Apple apps, and one of them happens to play like Kocienda¡¯s game, almost to a T.

¡¡¡¡Being such an important member of Apple¡¯s development team surely meant that Kocienda had some free reign to develop creative ways to develop and test new products. One of Apple¡¯s internal apps on a PrePVT version of the fourth-generation iPod touch was a game called ¡°Onword.¡± The game was clearly designed to test Apple¡¯s new gaming service and APIs at the time as Game Center would eventually launch with the fourth-generation iPod touch.

¡¡¡¡Onword has a similar interface and has the exact same gameplay as Kocienda¡¯s Up Spell. I suspected that Kocienda had to be behind this internal tool. Rather unsurprisingly, if you search for Onword on the iPhone Wiki, you can actually find a listing that details the game as a tool developed internally by Kocienda for testing Game Center. The page was last updated in March of 2018, so it¡¯s strange that no one else seems to have made the connection since Up Spell launched last year.

¡¡¡¡So sure, it isn¡¯t surprising at all that Apple was developing games internally for testing purposes. In fact, the same PrePVT prototype in the DankPods video also includes ¡°TouchFighter,¡± which was a game made by Apple to show off the iPhone¡¯s accelerometer capabilities in games. We know Onword is legitimate because Scott Forstall actually demoed TouchFighter during the first look at the iPhone SDK in March of 2008. Other internal testing apps like Switchboard that are well known are also visible in the video. 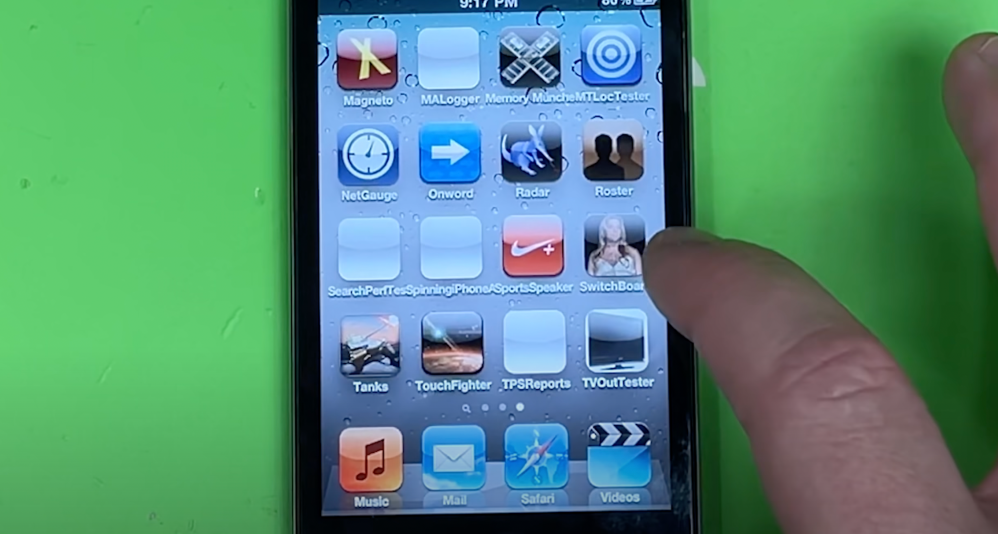 Onword and ToughFighter amongst several other internal Apple apps (DankPods)

¡¡¡¡What is surprising is that Onword/Up Spell came to be an independent title released by Kocienda. It¡¯s incredibly rare that internal development apps from Apple ever see the light of day, let alone get a full-fledged release. The two apps even have almost identical user interfaces. I personally would love to hear the story behind how the internal tool, about a decade later, made its way into the App Store. It¡¯s likely because of Kocienda¡¯s important contributions and position at Apple that he was able to release such a similar title independently. Not to mention that Onword was purely an internal tool not made for consumers and never intended for public release.

¡¡¡¡Up Spell happens to be one of my favorite iPhone games, and frankly, I love it even more now, knowing that it was at one point an internal Apple app. Up Spell is available for iPhone, iPad, and iPod touch on the App Store for just $1.99. I highly recommend you check it out, not just because it¡¯s a fun little game, but because we now know it¡¯s a weird little part of Apple history. 25 cents from every Up Spell purchase also gets donated to the San Francisco-Marin Food Bank, so you¡¯re also helping vulnerable people when you buy the game. I¡¯d also recommend you check out Ken Kocienda¡¯s book on his time at Apple, Creative Selection. It¡¯s an essential read for anyone interested in Apple.

¡¡¡¡You should also check out the rest of DankPods videos. There are some really fun ones that take a look at old iPods, prototypes, weird accessories, ill-fated iPod competitors, and even iPod mods.

¡¡¡¡I tagged Ken in a tweet a few hours before publishing this post, hoping to hear more about Up Spell¡¯s fascinating origins. Sadly, we haven¡¯t heard back from him yet. Ken, if you¡¯re reading this¡­ we¡¯re big fans and we¡¯d love to chat about this.

¡¡¡¡This video is so fun. Good look at a bunch of iPod Touch prototypes, including the 2nd/3rd gen design with the camera. Also lots of old internal apps, even looks like an early version of @kocienda¡¯s Up Spell in the form of an internal game called ¡°Onword.¡± https://t.co/GcJABYoH9P

¡¡¡¡Check out 9to5Mac on YouTube for more Apple news: