While I am not typically the biggest fan of the RTS genre, Nintendo’s more puzzle-focused take on the strategy —?Pikmin —?has always stuck with me. Micromanaging cute little alien creatures, each with unique abilities, clicked with me more than “pure” RTS games, and I still consider it one of Nintendo’s most underrated series. Unfortunately, we have not seen a new game in the series’ traditional style since Pikmin 3 in 2013 (obviously barring platformer?Hey! Pikmin). That?said, Passtech Games and Focus Home Interactive are hoping to scratch this niche RTS itch with Masters of Anima.?

Fortunately, Masters of Anima is successful in doing so. While the game would have benefitted from the addition of a map and a greater number of puzzles in relation to combat, Passtech Games was able to capture the fun of the Pikmin series in Masters of Anima and incorporate it into an interesting fantasy combat-focused game and world.

“Passtech Games was able to capture the fun of the Pikmin series and incorporate it into an interesting fantasy combat-focused game and world.”

The world of Masters of Anima is filled with the powerful titular Anima energy, which finds its source in Mount Spark. Hundreds of years before the start of this game, the mountain had become unwieldy with its power, crafting an army of evil Anima beings called golems. A group of warriors called Shapers then used Anima to create the more benevolent guardians to fight off the golems and seal Mount Spark’s core with the Heart shield

At the start of the game, protagonist Otto is poised to marry Ana, the most powerful Supreme Shaper in a couple days. Unfortunately, after he passes his trial to become a Shaper, the evil Zahr breaks the Heartshield and kidnaps Ana, sundering her into her heart, mind, and body. This kicks off his journey to fight the reemerging golems, stop Zahr, and recover the split apart Ana. While the premise and story a pretty simple, they do craft an intriguing world and lore.

Otto’s journey is pretty personal, with the protagonist even shrugging off the fact early on that what he is doing will also save the world. The voice acting and writing do a good job at?setting the tone and help make the world feel lived in. While gameplay is clearly the primary focus in Masters of Anima, I came away surprisingly satisfied with the story it told.

Why Ratchet & Clank is the Most Important PS5 Game

Along his journey, Otto comes across five different kinds of guardians, which he can summon until his Anima runs dry. The first one players gain access too are the Protectors. These are small warriors who wield shields and are meant to be on the front lines directly attacking the enemy, and can also push blocks for light puzzle solving. These are the most common ones to use, and while they were a bit weaker attacking-wise than I liked, they like Otto and the other guardians can be upgraded with special abilities after the next chapter.

The next most common type of guardian is the Sentinels, which are the glass cannon archers of the group and can also shoot elevated targets. At first I didn’t take advantage of their power, but later on I found that they were the most effective at taking out enemies quickly with their powerful attacks. That being said, not the other three kinds of guardians aren’t necessarily combat focused.

“All of the guardians are very different from each other, and all have their own unique uses in battle.”

The Keepers drain Anima energy from enemies and can cure “corruption” in the world at certain points. Meanwhile, the Summoners summon tiny moppets to fight for them, and can transform their energy into giant titans at some points. Finally, the slow and defensive but useful Commanders can left heavy objects and relay Otto’s Battlecry, which powers up each kind of guardians with a special ability, to other guardians depending on where you place them on the field.

All of the guardians are very different from each other, and all have their own unique uses in battle. Placement is critical too; while protectors and Commanders, and moppets can do decent upfront, it is better for the Keepers, Sentinels, and Summoners to stay back, so you definitely need to keep alert when fighting multiple enemies to make sure your guardians aren’t quickly decimated.

Overall, I would say combat is the most significant focus of Masters of Anima, which does set it apart from its clear inspiration Pikmin — a game that is more focused on puzzle solving. That being said, Masters of Anima isn’t wholly devoid of puzzles. Each guardian has a definite use outside of battle, albeit simple ones. Puzzles were pretty straightforward and never too tricky, and I think the game could have benefitted from more unique and complex ones.

Outside of that, players can explore each of the levels in Masters of Anima for hidden secrets. Finding some of these can increase Otto’s Anima capacity and health, while other fill out poems on an ancient tablet. While the levels and these secrets are usually straightforward, some of the levels are a bit open-ended, which made me wish for an intuitive map. Without a map, I could sometimes accidentally backtrack, or not know I was progressing the right way until I hit a combat encounter.

While micromanaging in combat can be fun and requires constant engagement, the later part of fights with defensive enemies with a ton of health can be a little boring, and even somewhat repetitive after you find a strategy that works. While I would say fighting enemies in Masters of Anima is a step above what is presented in the Pikmin series, Nintendo found a better balance with puzzles, which afford themselves to some very creative in this style of game.

“This niche of the RTS genre isn’t often catered-to outside of the Pikmin series, so it’s nice to see these developers branch out and be successful”

Fortunately, controls are pretty intuitive and straightforward. The developers take full advantage of the controller, making it easy to summon, order, and destroy guardians. Smooth control is pivotal to any game like Masters of Anima that features prominent micromanagement, especially on console, and the game, fortunately, doesn’t disappoint. There is also a compendium that can be accessed at all times with all the controls listed and clearly explained, so newcomers shouldn’t get lost.

This niche of the RTS genre isn’t often catered-to outside of the Pikmin series, so it’s nice to see these developers branch out and be successful. While the game may have benefitted from more puzzles, the combat focus of Masters of Anima shows that there is still room to expand and be unique in this segment of the genre. If you are looking for a new strategy game to tide you over until a genuine Pikmin 4 comes out, I definitely recommend Masters of Anima. 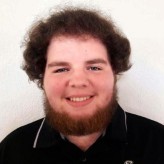 Tomas Franzese is a News Editor at DualShockers, writing a variety of reviews and shedding light on upcoming games for both PC and consoles. While he has been a gamer most of his life, he began writing for DualShockers in 2016 and has almost never put his computer or a controller down since.