Netflix unveiled teaser art for a handful of upcoming anime projects during a morning panel at the Annecy International Animation Film Festival today. The streamer also discussed the anime feature expansion of hit Netflix series The Witcher, The Witcher: Nightmare Of The Wolf which showrunner and executive producer Lauren Schmidt-Hissrich said will be a prequel about “what it takes to become a witcher.”

The original fantasy series has been a big success for the streamer and centers on Henry Cavill as the grim Geralt of Rivia, the bane of supernatural beasties. The series story follows the intertwined destinies of three individuals in the vast world of The Continent, where humans, elves, witchers, gnomes, and monsters battle to survive and thrive, and where good and evil is not easily identified.

The film will focus on Geralt’s mentor Vesemir, how Geralt became a witcher and “how did he learn the things that he’s going to teach Ciri,” Schmidt-Hissrich explained, adding that the film will also explore the origin of magic and how the world of the witcher has changed over many generations, as well as the evolution of the witchers’ relationship to the mages. “The possibilities feel endless,” Schmidt-Hissrich said.

Writer and producer Beau DeMayo added that he “wanted to focus on a story that was very personal to The Witcher world and that felt very human.” He called it “a Gothic romance with a ton of action.”

The Witcher: Nightmare Of The Wolf is being made in conjunction with Korean animation studio Mir.

Among the other upcoming projects is a series based on the Brothers Grimm fairy tales with character design by all-female manga artist group CLAMP. The project is billed as providing a new and modern twist on the classics, mixing in horror and suspense. (See a first-look above.)

Also coming up is Thermae Romae Novae, an extension of the graphic novel by manga artist and writer Mari Yamazaki. The 2D hand drawn anime with new episodes by Yamazaki is a comedy that follows Lucius, a bath designer in the Roman Empire, who accidentally slips back in time to present day Japan and learns about Japanese bath culture. Yamazaki today called it “more evolutionary” that the original comic. NAZ is producing with Tetsuya Tatamitani directing. (Check out the new art below.)

Meanwhile, work is advancing on the anime adaptation of Mark Millar’s Super Crooks. The heist comic about eight super villains is set for 13 episodes to be directed by Motonobu Hori who has done animation work on such features as Spirited Away, Metropolis and Doraemon The Movie: The New Records Of Nobita’s Spaceblazer. Hori today used the words “vulgar”, “violent”, “humor” and “modern” to describe the adaptation. Bones.inc is producing. (Check out the character lineup below). 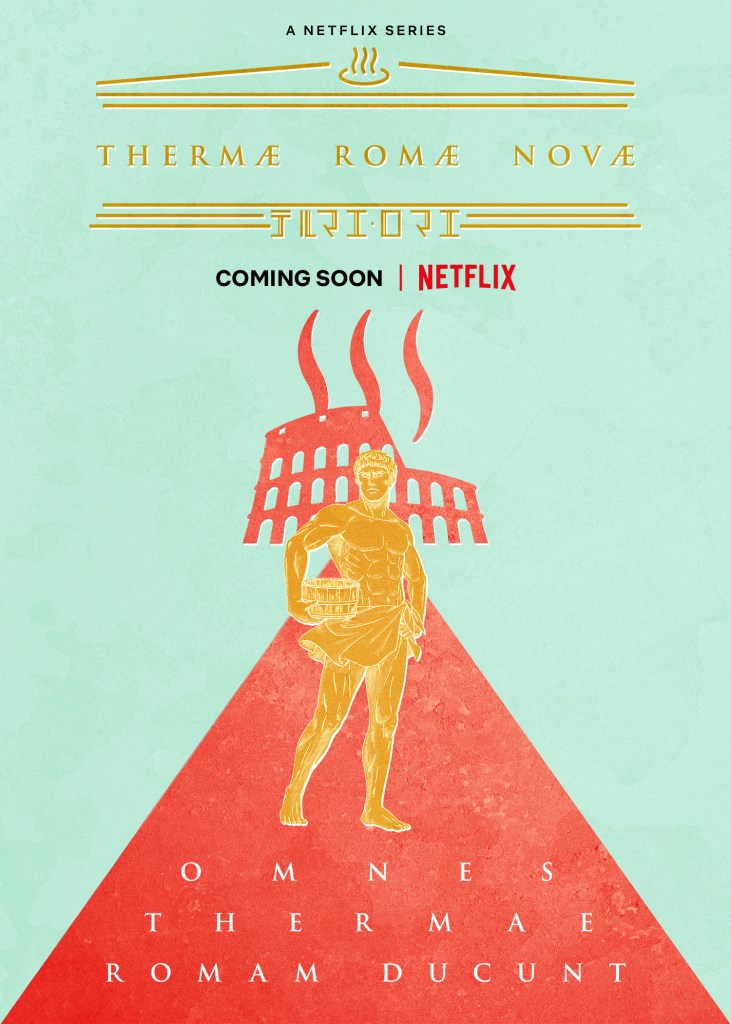