Coming all the way from?World Heroes, Jeanne D’Arc is the next DLC character fir?SNK Heroines: Tag Team Frenzy. In the new trailer showing off the character, Jeanne’s appearance looks just like an updated version of her original character design. She even still has the signature laugh she makes after an opponent is knocked down.

Jeanne has some subtle changes with her combat. She may have her iconic sword still but now it turns into a whip that seemed to be used on opponents when they are knocked down. Of course, this wouldn’t be an?SNK Heroines?character if there aren’t?other?costume choices.

The trailer shows off Jeanne in two other costumes including a samurai-looking costume with a katana. The other costume looks more like something out of?Saint Seiya?with golden armor featuring gems and pointed shoulder pads.

Her play style looks very interesting, with aerial grabs and projectiles that push opponents back into the corner. It will be interesting?how useful that whip is when it comes to actual set play. Either way, Jeanne D’Arc seems like a great addition to the roster.

You can play as Jeanne on December 13; and if you haven’t already you can pick up?SNK Heroines: Tag Team Frenzy?Amazon?on for PS4 and Switch. And for more, read up on our review here. 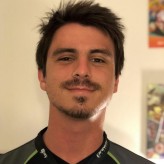 Zack Potter is a Staff Writer at DualShockers with a special love for fighting games and their competitive scenes. When he’s not button mashing in Street Fighter, he is studying journalism at Fresno State.